Recycling EPS – From the Ocean to a Sea of Rumors

As you know, we here at ICA love to share EPS stories with you. Along with our own stories, we are always scouting and finding all the fascinating, endless uses of expanded polystyrene (EPS) which we have fondly tagged – the Extraordinary Product Solution. The other day I came across a nice story about an Army Veteran that started a surfboard business, called E-Tech. He uses recyclable EPS and a new bio-based resin called Super Sap that is odorless and partially made from plant material. According to this article the resin has no “sickening aromas and no brain-melting fumes,” which was important to Todd Patterson, who was a disabled Gulf War vet and said “surfing saved his life.” The article continues to explain, “After returning home from Iraq in the early 1990’s, he suffered a bout of near-permanent sickness and was eventually diagnosed with Gulf War Syndrome, a nasty malady many doctors attribute to being surrounded by the toxic fumes pouring out of burning munitions dumps. The only thing that seemed to help him feel better was the ocean, so he learned to surf and then almost immediately turned to making his own surfboards. But the poisonous chemical cocktail that is the modern surfboard put Patterson back on his heels. ‘So I set out to make a healthier board, just for me, without having to poison myself,’ he said.”

Todd Patterson and his co-founder, Ryan Harris put together recycled EPS and a non-toxic coating and are producing surfboards with leading-edge technology while being environmentally responsible. They are not sacrificing performance and their boards are regarded for their high quality – high performance all while being eco-friendly.

Nice story, right? We know that recycled EPS isn’t the protagonist here, but we are heartfelt to know that it contributed to Todd’s newfound passion, to create a business all while being mindful of the environment.

That is a story in itself and typically I would have ended the story there with “read more about the article from surfermag.com-The Green Wave“.

However, in the same day I read a vastly contrasting story about EPS foam. This story has been making headlines, but this particle article was in the Plastic News and it was about NYC banning expanded polystyrene. According to a statement by Mayor Bill de Blasio, “These products cause real environmental harm and have no place in New York City.” New York City officials made the decision not to recycle the product and allow it to be put in landfills. After a year-long analysis, the city ignored all the proof that EPS is indeed recyclable and there is a strong market for the recycled product. Dart Container Corp., a well-known manufacturer of EPS products, even agreed to cover the cost of infrastructure improvements needed for the city’s recycling contractor to add EPS to the recycling program. So let’s be clear here, the decision that was made by NYC officials was NOT TO recycle EPS. That is the way the headline should be read, for it is indeed recyclable and there is no reason for it to end up in a landfill. Yes, Mayor de Blasio, the real environmental harm is the decision makers who ignored all the facts. So EPS continues to make waves. Recycled EPS has endless applications and if the “officials” would have done due diligence with their research they would have found that the demand for recycled EPS product is higher than the supply.

Fortunately, the EPS industry is a responsible one and they will continue to inform, educate and combat the “bomb” of misinformation that is fed to the public.

“Lawsuit Filed Against Mayor de Blasio for Ban on Foam Products” makes headlines as the Restaurant Action Alliance NYC joins forces with the recycling companies and food service packaging manufacturers as they seek to turn over the recent irrational ban of EPS products. The decision to ban, forcing EPS products to end up in landfills rather than being recycled, is an absolute outrage. Who makes decisions like this? That would be the Mayor of New York, Bill de Blasio. Consequently he is named as one of the respondents in the petition along with the New York City Department of Sanitation, and commissioner Kathryn Garcia. The lawsuit filed in New York Supreme Court seeks to overturn the de Blasio administration’s January 2015 decision to ban EPS products in New York City.

According to an article by JPUpdates.com, “Some of the reasons for the lawsuit include the fact that Plastics Recycling Inc. (PRI) had already been prepared to purchase all of New York City’s recyclables (solid and foam). They had assured the Commissioner that it had enough demand to handle a 100 percent recycling rate for a city five times of NYC. Based on the evidence presented to the Department of Sanitation over the last year, the Commissioner is required to recycle EPS, NOT ban it.”

The wayward decision to ban it verses recycle it goes against all the evidence provided to the administration that it can be recycled safely and affordably.

According to Plastics Today, Chief Randy Mastro, the former deputy mayor of NYC, stated the decision to ban EPS items, “crazy” and “nonsensical” given the fact that the EPS recycling industry was offering to provide the city a financial return and reduce its landfill costs.

This story gets even dirtier than the trash we are referring to. According to the reporting by Plastics Today, after months of investigating and evidence proving that it can be recycled effectively and affordably, the commissioner acknowledged the facts, but then was instructed to follow the Mayor’s political agenda anyway, since in his campaign he had promised to ban the product.

It really looks like the Mayor and the Commissioner have some “dirty little secrets” that they will have to explain to the New York State Supreme Court.

I am hoping that when the record gets straight there is as much of a campaign for recycling the white stuff as there has been negative press against it.

So what does happen next? What happens to the Mayor and the Commissioner? Maybe a fitting ending would be that they be crowned King and Queen of expanded polystyrene and vow they won’t rest until all the people of the land know that “Yes indeed it is RECYCLABLE!”

On September 22nd, Manhattan Supreme Court Justice Margaret Chan overturned the EPS ban calling it an “arbitrary and capricious” decision, due to the overwhelming evidence that EPS is indeed recyclable and there is a viable market for the recycled product. 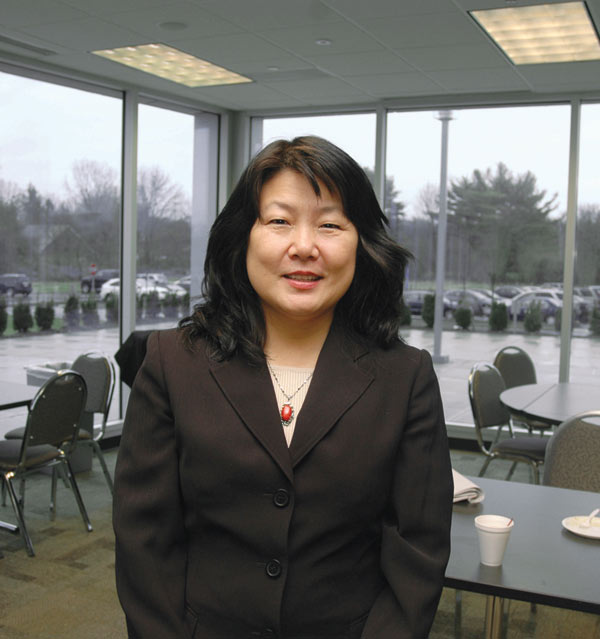 What is still so baffling, and why? The evidence the judge read is the same information that was presented to Mayor de Blasio and to the city sanitation commissioner, Kathryn Garcia. In fact, after the ruling, Mayor de Blasio’s spokeswoman was still talking trash about EPS. What is it that they do not understand? Is EPS recyclable? The answer is Y-E-S! In fact, the city is very lucky that Dart Container Corporation is still willing to fulfill their original generous offer to pay for start-up and implementing a complete EPS recycling program.

Sadly, the reputation of EPS is now flawed. Although EPS products keep food and beverages warmer and are less expensive to use, some vendors are saying they will not go back to using it due to the misconceptions that have been presented to them. It is time to re-educate the public. I think Mayor de Blasio and Kathryn Garcia should have to openly apologize and admit that their trash talk about EPS was all garbage and not based on the facts. EPS is indeed recyclable and in fact it could end up in a park bench near you.

To view the complete articles:

This article was posted on February 19, 2015, by Insulation Corporation of America (ICA) – a Women-Owned manufacturer of Geofoam and Expanded Polystyrene (EPS), which is commonly but mistakenly referred to as Styrofoam™. ICA is located in Allentown, PA and services the entire Mid-Atlantic Region from Virginia to Maine to Ohio.