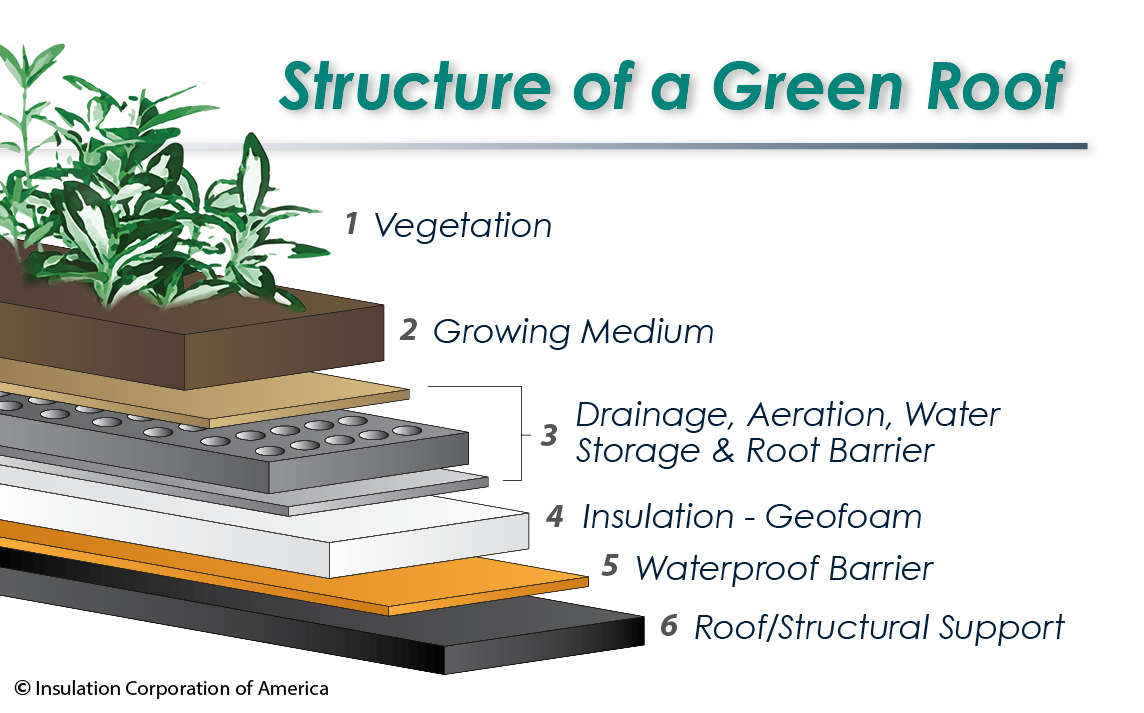 Geofoam green roofs are also known as living roofs, vegetated roofs or ecoroofs. Whatever you call them, they are sprouting up everywhere. Green roofs may be growing in popularity but they are far from being a new experimental green trend. Living roofs have been around for centuries. In fact, the Rockefeller Center in NYC, has over a 75,000 square foot green roof that was installed in the 1930s! Some other large commercial green roofs include the FedEx facility at Chicago O’Hara, the Ford Motor Company in Dearborn, MI and the Empire State building just to name a few. The commercial and residential benefits of green roofs are expansive. Creating outdoor living space and garden space on your roof will decrease your heating and cooling costs. And when installed properly, green roofs can at least double the life span of a roof.

Geofoam is often specified for green roof applications. In the video below, you will see how Geofoam was layered to create different elevations. Geofoam is made out of expanded polystyrene, adding to the thermal envelope of the building construction.

To learn more about the application of Geofoam for green roofing, you can download our Green Roof PDF.

Facts and Myths about green roofs.

This article was posted on January 23, 2014, by Insulation Corporation of America (ICA) – a Women-Owned manufacturer of Geofoam and Expanded Polystyrene (EPS), which is commonly but mistakenly referred to as Styrofoam™. ICA is located in Allentown, PA and services the entire Mid-Atlantic Region from Virginia to Maine to Ohio.