The Sweet Savings of Geofoam! 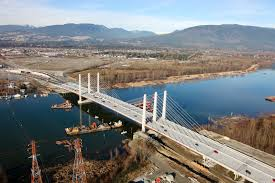 “Looking like gigantic sugar cubes, Geofoam or EPS (expanded polystyrene) blocks are becoming a trend for large-scale bridge and highway projects,” reports Jean Sorensen for the Daily Commercial News. Geofoam brings the projects in on time, on budget and contractors are finding the savings sweet.

Geofoam has been used abroad for over 30 years and it has proven itself to be a very viable resource for soil substitution. Our Canadian neighbors are regularly specifying Geofoam for their large scale projects, such as the Pitt River Bridge, the Golden Ears Bridge, the Coast Meridian Overpass, just to name a few. Here in the United States the use of Geofoam is on the rise. The two largest Geofoam projects were in Utah, the reconstruction of I-15 and the Salt Lake City’s TRAX rail system. I-15 reconstruction, an award winning project, came in under budget and ahead of schedule. Geofoam makes sense and cents! One truck load of Geofoam equates to approximately 11 dump trucks of dirt. It is easily handled on jobsites and provides a stable core. Soil and other substitutions for soil require preloading and staging and still carry the risk of settling. This can create immediate issues with construction and or detrimental issues in the future. 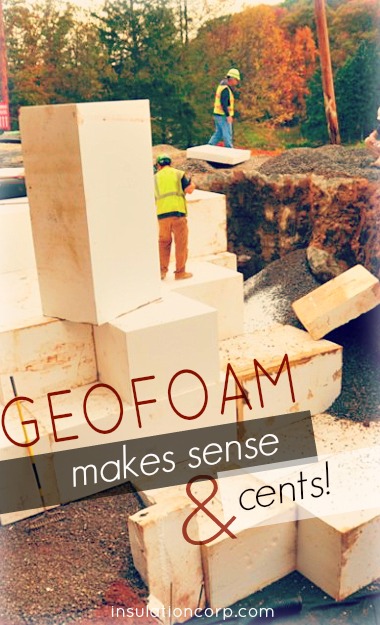 Geofoam is reducing time on jobsites. The blocks stack easily, eliminating the use of heavy equipment. Time saved on projects like roads and bridges also means less inconvenience for travelers. The savings and benefits of these “gigantic sugar cubes” are simply stacking up.

Saving time and our tax dollars on these projects is indeed  S W E E T!

Read the complete article from the Daily Commercial News.

This article was posted on September 4, 2013, by Insulation Corporation of America (ICA) – a Women-Owned manufacturer of Geofoam and Expanded Polystyrene (EPS), which is commonly but mistakenly referred to as Styrofoam™. ICA is located in Allentown, PA and services the entire Mid-Atlantic Region from Virginia to Maine to Ohio.