Notice: Trying to access array offset on value of type bool in /var/www/wp-content/themes/flexform/includes/plugins/aq_resizer-1x.php on line 86

Notice: Trying to access array offset on value of type bool in /var/www/wp-content/themes/flexform/includes/plugins/aq_resizer-1x.php on line 87

Note – Although we tried to convey our thoughts and information clearly, some of the material isn’t exactly what we said. For example, we did not say, “an insulation product that looks similar to the Styrofoam it is commonly mistaken for.” What we said was, our product, expanded polystyrene, EPS, is  commonly but incorrectly often referred to as Styrofoam™. Styrofoam is a Dow product trade name that is actually blue in color. EPS is the white stuff and Styrofoam is the blue stuff! It’s ok, we are on a mission to educate and we will keep saying it until we are blue in the face. Or perhaps we will keep saying it until we are WHITE in the face!! We thank Lehigh Valley Business Journal, reporter Brian Pedersen and Manufacturer Resource Center for highlighting our company. We appreciate all you do!

Manufacturer’s foam finds a home locally and beyond

Building a strong foundation with products that have thousands of uses, Insulation Company of America is poised to make a distinctive impact on the market.

The Allentown manufacturer creates expanded polystyrene foam, or EPS, an insulation product that looks similar to the Styrofoam it is commonly mistaken for.

The foam can be used in everything from surfboards to packaging, but what’s different is its “geofoam” capabilities for road embankments, infrastructure and construction projects, retaining wall backfills and bridge and deck fillers. The company creates material that many people do not even realize is there, yet provides immeasurable support.

Owned by sisters Cindy Masiko, president, and Sandy Posocco, ICA has a market that can vary throughout the years, but one of its consistently strongest products is geofoam, particularly for use in structurally unstable conditions, said Masiko, president. 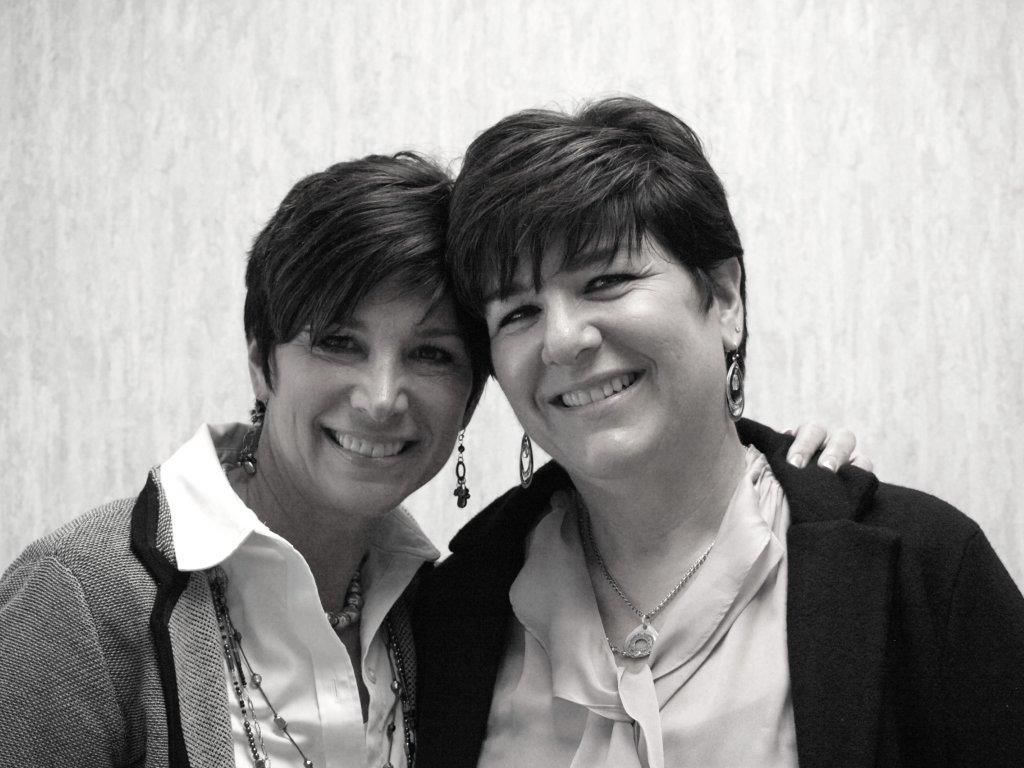 Whenever road construction is underway, the company sells lots of blocks to fabricators, material that can be cut and shipped to any location from its Allentown warehouse.

The company ships its products along the Northeast from Virginia to Maine, as well as to Ohio and to some local businesses, Masiko said.

“We have our own fleet of trucks and our own drivers,” said Posocco, vice president of business development, noting that this is critical since their drivers know how to properly handle the products.

ICA was founded in 1981 by Thomas Higgins, whose daughters took ownership of the company over the past few years and count Manufacturers Resource Center as an essential resource in its growth and their transformation into leadership roles.

“Two years ago, I took the manufacturers leadership course that they offered; that itself was a phenomenal experience,” Masiko said. “It helped us plan strategies, gives you lots of other connections with other manufacturers. Believe it or not, manufacturing is growing.”

Masiko went through the Manufacturers Leadership Institute training at Lehigh University’s Iaccoca Institute and Posocco now is enrolled in the program. Part of the training allows participants to tour other manufacturers to see how they operate. 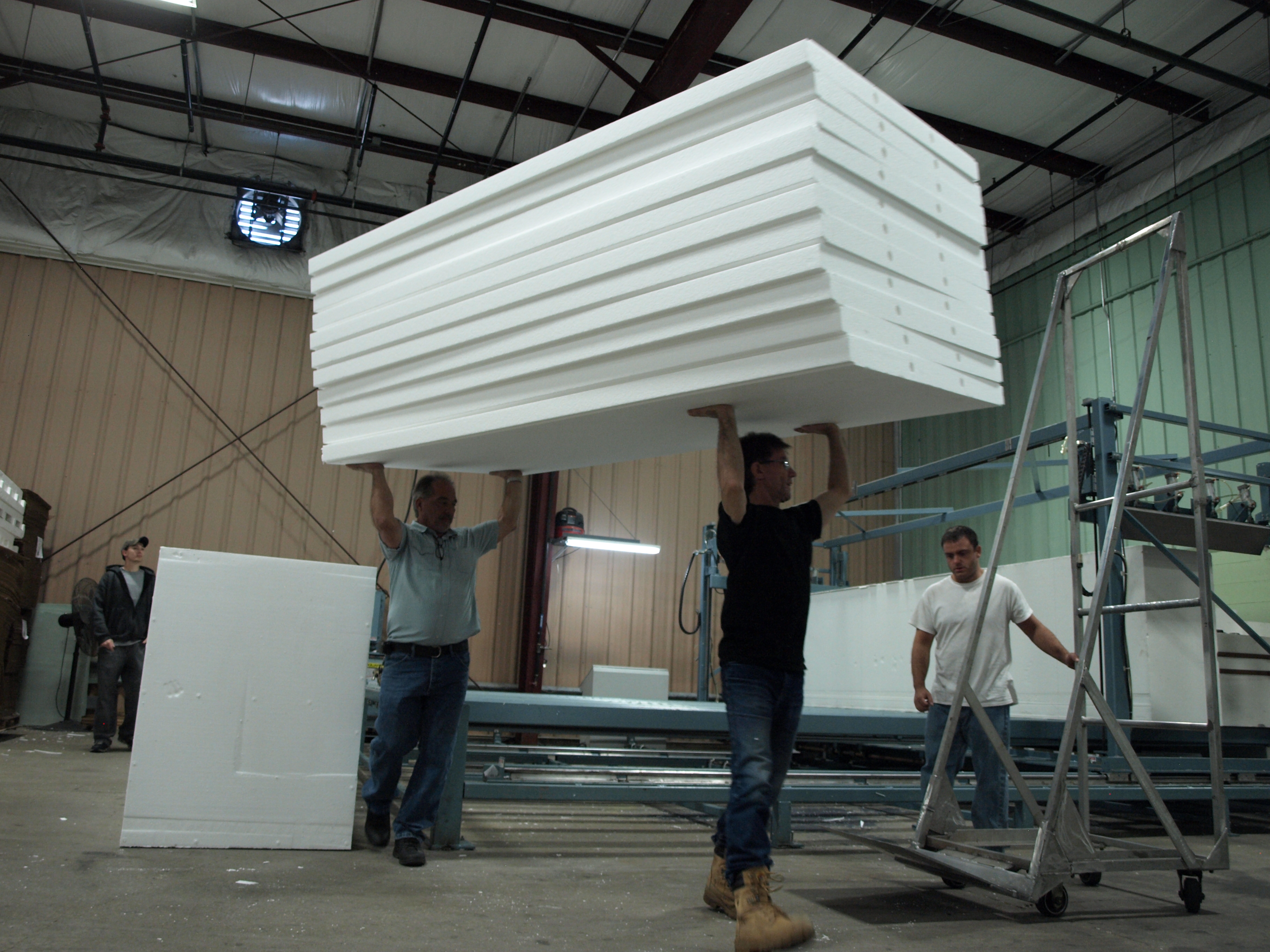 “We all have a common denominator and that’s labor,” Masiko said.

Finding skilled labor and people that actually want to work is a continuing challenge, they both said. Even finding workers who can read a tape measure or understand basic math is not easy.

“That sentiment is shared by many other manufacturers as well,” Masiko said.

Posocco said the company has many great, dedicated workers, but a strong work ethic is a component that’s hard to reproduce.

The company has about 35 employees and is fairly well-staffed at the plant but it expects business to pick up again as the spring construction season gets underway. ICA is looking to hire a salesperson and truck drivers, Masiko said, and the company may add another bay to the back of its Allentown facility to accommodate growth.

“I would say because the economy hasn’t recovered, our margins are smaller than they should be and competition is stiff,” Masiko said.

But since the company’s products are so versatile and can be found in everyone’s life, that market is just starting to grow in the U.S., Posocco said. Foam is much more stable than soil for road projects, she said.

The company’s foam product also can be placed beneath ice rinks, and the company recently completed its first ice rink project.

“We are hopeful that our foam will end up in the arena,” said Posocco, referring to the hockey arena under construction in Downtown Allentown.

ICA’s foam is in the Ocean Spray manufacturing/distribution site and the Bimbo Bakery site, both under construction in Breinigsville.

The EPS product is recyclable and can add points for Leadership in Energy and Environmental Design for any company that uses ICA’s products. 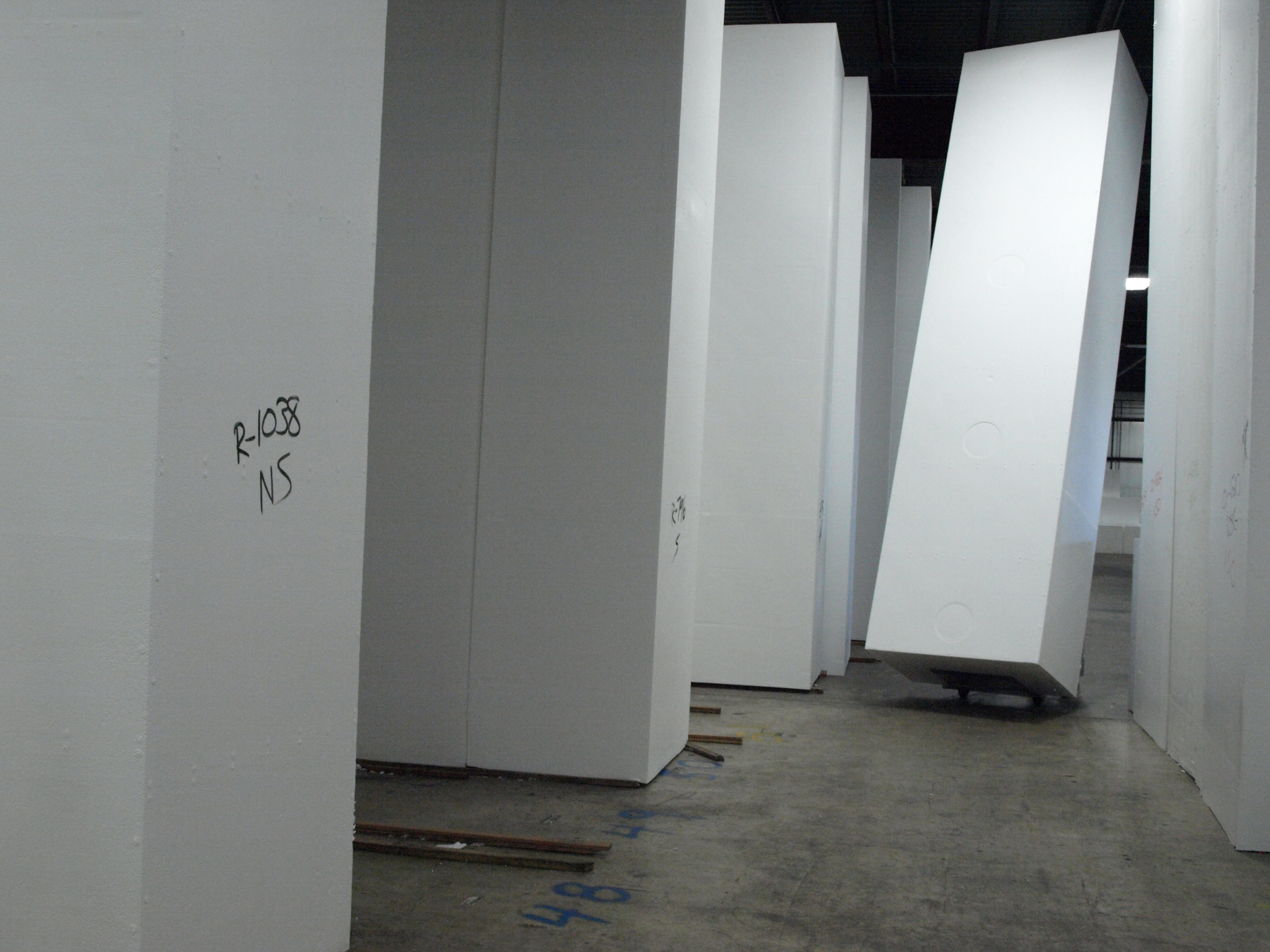 To further the company’s growth, ICA is finishing paperwork to get the company certified as a woman-owned business, which would help land more business, Posocco said.

MRC continues to prove helpful to ICA by keeping an eye out for available grant funding for manufacturers.

The company hired an intern last summer to help with developing ICA’s new look on its website and promotional materials, Posocco said. The intern is now a full-time staffer.

MRC knew about a grant that funded the intern position, she added.

“They definitely are a good resource for helping small businesses find funding for programs,” she said.

Note: This is the eighth of 25 stories we’ll publish this year to highlight manufacturing companies in the Greater Lehigh Valley that have been helped by Manufacturers Resource Center, a nonprofit organization celebrating its 25th anniversary in 2013.

This article was posted on May 3, 2013, by Insulation Corporation of America (ICA) – a Women-Owned manufacturer of Geofoam and Expanded Polystyrene (EPS), which is commonly but mistakenly referred to as Styrofoam™. ICA is located in Allentown, PA and services the entire Mid-Atlantic Region from Virginia to Maine to Ohio.